“An academic and empirical analysis of every recession on record found that firms that increased advertising and innovation investment during recessions grow in market share and in profits not just for the short term, but for the long run as well,” according to Professor David Reibstein of the Wharton School of Business. That’s common sense and good business. But investing at the bottom is easier said than done. Ninety percent of firms did not or were not able to invest in the most recent pandemic-induced recession according to an in-depth research analysis conducted by Wharton.  Not Brendan Keegan, the CEO of Merchants Fleet, which is now the fastest-growing fleet management company in North America.

Merchants is a 60-year-old company that has dramatically accelerated its revenue growth by transforming its business model and disrupting the traditional fleet management industry as it moves from combustion to electric vehicles.

Keegan is a rare CEO who understands the importance of focusing on and funding investments to sustain long-term growth. “Growth isn’t like a light switch,” says Keegan. “You can’t just turn it on and off.  You have to have a clear and consistent long-term goal for growth that the entire company can understand. And commit to it.”

In the five years since Brendan took the reigns as CEO, the company has expanded their commercial assets five-fold and is growing the top line by over 35% a year.

By 2021, Keegan and his team were already four years into an ambitious seven-year plan to more than double assets and revenues. They were ahead of schedule, having met their goal to grow assets from $500 million to $2 billion in only four years. But with the introduction of electric vehicles to fleets, Keegan and his team saw an opportunity to dramatically expand the size of the market they are pursuing and take a good share of it.

“The automotive industry is going through massive transformation as EV (Electric Vehicles) and driverless capabilities come into the mainstream and a net-zero-carbon future becomes the north star,” says Keegan. “Our industry has experienced 50 years of incremental change in gas-powered fleets our customers operate and the ways they manage them. We’re going to see more change in the next five to 10 years than we’ve seen in the last fifty.”  That sentiment is shared by industry leaders like Mary Barra, the CEO of GM, who plans to launch 30 EV models by 2025.

So Merchants decided to double down and invest even more in long term growth.

“We saw a perfect storm, an industry ripe for disruption and a leadership team willing to disrupt it,” says Keegan. “So, we put both feet down on the pedal.” Putting both feet on the pedal means working with an expanded group of banking and equity partners like Bain Capital Credit and BNP Paribas to collectively access over $2 billion of capacity to lease vehicles and equipment for clients and invest in continued growth.  It also meant reallocating the people and capital resources they already had in place to faster growing markets.

All of this happened even with a pandemic-induced recession.  Where his competitors and clients saw contraction, Keegan and his team saw unprecedented long-term opportunity.  The problem was getting past the short-term. At the time, in 2020, the short-term picture was not promising. Clients in their traditional markets in construction, hospitality, healthcare and education were distressed by the pandemic.  Trucks and cars were not as readily available due to supply chain and chip shortages. The fleet management industry contracted by about 11%. “The industry had less product (vehicles) available, banks were pulling back, and hundreds of clients were in distress,” according to Keegan. “But even in bad times there is always funding out there for good companies. You must be willing to think and act differently if you want to capitalize on opportunity and change.”

Within a matter of weeks, his management team pivoted people and capital from their traditional markets that had fewer fleet needs due to the pandemic to fast-growing “last mile” logistics and home delivery clients who were expanding fleets in order to support the sharp rise in e-commerce during that period.  At the same time, they proactively offered hundreds of distressed client’s deferrals and cash options to help them weather hard times and free up unused capacity.

Keegan and his team kept their eye on long-term growth.  “Our industry is going to see more change as fleets become electrified and autonomous over time and fleet managers have to deal with an entirely new set of equipment, infrastructure, data, automation and carbon footprint issues,” says Keegan. “Fleet managers have a huge opportunity to improve driver safety, reduce the cost of ownership, and shrink their carbon footprint by moving to electric technologies. Transportation alone represents 29% of all emissions.”

Keegan has positioned Merchants to be first in line to deploy those models in electric fleets. Literally. Keegan had his team reach out to Ford, GM, and all of the top vehicle OEMs to lock down supply of the next generation of electric vehicles. The company has committed to purchase a huge chunk of new EV fleet models being introduced by the major automotive OEMs, and some new ones too. GM identified Merchants as one of a handful of companies that are leading the charge to deploy their new EV trucks, pickups and parcel vans in EV fleets in their most recent earnings call. The others were Amazon, Walmart, and Verizon.

“You don’t really need to do a lot of market research to see the future of fleet management and transportation,” says Keegan. “All you have to do is look at how transportation in Europe has evolved. We expect demand for EV fleets to dramatically outstrip supply by the end of the decade.”

Merchants operates in a capital-intensive industry where assets and people are gating items to growth. Because of this, Keegan has added 80% more people and four times more assets (since he came on as CEO) to exploit the opportunity presented by the electrification of the fleet industry.

A lot of businesses grow by taking big risks throwing money and resources to achieve hyper-growth. Keegan and his team understand the difference between growth at all costs and intelligent growth. Capital and investment are only part of the growth equation. Putting that capital to work profitably and leveraging people through productivity and automation is essential for getting a return on that investment. Keegan regards innovation, teamwork, and technology as essential elements of his transformation plan because they are critical to turning that capital investment into more scalable and consistent growth.

One of the first things he did as CEO was to enlist the help of a world class Chief Technology and Digital Officer – Jeanine L. Charlton – to lead the digital transformation of Merchants go-to-market and operations. Charlton has been at the forefront of building a culture of innovation and a world-class data and technology infrastructure to support scalable growth. “We’ve had to build out a modern data and analytics infrastructure to support our growth and leverage our teams, and deliver a superior client experience,” says Charlton. “That involved giving our people a 360-degree view of the client and visibility into the end-to-end client cycle – from vehicle onboarding, to monitoring driver safety, to asset utilization and the total cost of ownership.”

The company has also pushed a culture of innovation deep into the ranks to ensure every member of the team can contribute to scalable and profitable growth. “Rather than establish an innovation group or department, we created a process for training, incentivizing, and empowering every employee to innovate,” says Charlton. “We now have 45 innovation coaches working with hundreds of team members across the entire company to identify ways they can apply digital technologies and analytics to improve cycle times, cost of ownership, driver safety, and the client experience.”  Innovations are coming from every employee, from finding ways to attract more talent in a tight job market to shrinking the onboarding process for clients by over 80%.  “In our push to become more data-driven we have aggregated our client, product usage and operating data into one platform and provided our sales consultants, operations teams, and clients the ability to mine that data using Power BI,” says Charlton, who was named one of the 50 most powerful women in technology. “Our sales consultants work directly with our clients to use this data to find ways to improve the utilization of assets, reduce downtime, and increase the flexibility they have to deploy equipment most profitably and productively. For example, our team was able to reduce the vehicle onboarding process from 28 to 6 days and dramatically increase asset utilization by digitizing the condition assessment process and eliminating onsite inspection and a ton of human effort.”

The company’s focus on innovation and digital transformation pays benefits that go well beyond costs and growth.  It helps them build, empower, and retain a world-class team. “By automating routine tasks and giving employees tools that can multiply their impact and performance, we are creating a more attractive and empowering place to work,” says Charlton. “That’s very important to achieving growth in today’s markets because those factors get at the root cause of the high attrition rates we are seeing in the great resignation.”

The analytics foundation and infrastructure Charlton is building is going to be more important over the next five to ten years as fleet managers and municipalities move towards managing driverless networks.  While many EV vehicles have what Keegan calls “incremental autonomy” – technology that automate driving, improve driver safety, and reduce accidents without the driver needing to do anything – which are in use today, the infrastructure and insights needed to manage an autonomous driverless network are still in development, according to Charlton.  “As we gain experience managing the world’s largest EV fleets, we are in a great position to define the operations required to move to the next phase of the market when full driverless networks begin to come online in the next five to ten years,” says Charlton. In anticipation, Charlton has a team of data scientists in Chicago specifically dedicated to building those key operational capabilities.

Keegan likes to compare the digital transformation of the business to moving from NASCAR to Formula One. The company even became a sponsor to McLaren Racing in the Extreme E Racing Series this past year.  “We went from driving the same four-valve engine car as the rest of the industry, always turning left, to a Formula One racing machine,” says Keegan.  “With our transformation, the company is more like a twelve-valve engine that is navigating sharp turns in the market at incredible speed in a twelve-cylinder Formula One racing car.”

Stephen Diorio, Executive Director of the Revenue Enablement Institute. Mr. Diorio is a leading authority go-to-market transformation, sales and marketing performance measurement and sales enablement. He is author of Beyond e: How Technology is Transforming Sales and Marketing Strategy.

Retooling the Go to Market Machine at Sumo Logic 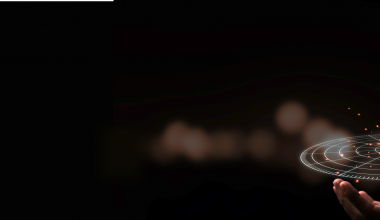 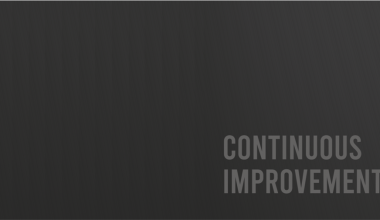 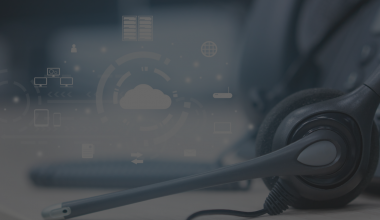 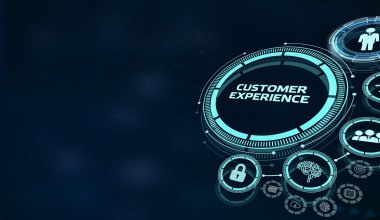